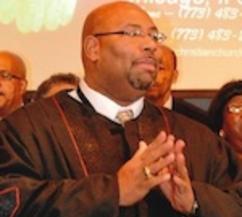 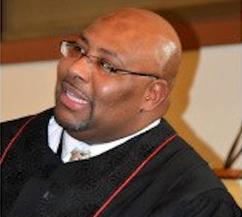 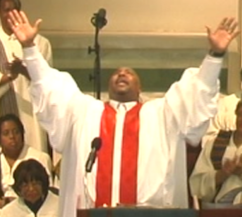 The Rev. Dr. William E. Crowder, Jr., the charismatic Pastor of Park Manor Christian Church of Chicago, Illinois, is a shepherd with the spiritual conviction, moral aptitude and old-fashioned wisdom to return a people to God. Reared in Memphis, Tennessee in the 1980s, Dr. Crowder grew up in a household parented by Marie J. Crowder.  Dr. Crowder states that his mother was a strong woman who poured all she had into her children.
“I gained my strong work ethic through watching her work two jobs.”
His Mother, also instilled in the family a reverence for God and a love for a good education. “With both foundations, I believed that I could succeed against all odds,” says Dr. Crowder.
Dr. Crowder received a Bachelor of Arts Degree from Central State University in Wilberforce, Ohio; a Master of Divinity Degree from United Theological Seminary and a Doctor of Ministry Degree from Memphis Theological Seminary. Particularly, he credits Central State University with giving him the passion to serve the least and the left out. At each university, however, he was surrounded by some of America's leading academic minds, which proved invaluable to him. Dr. Crowder is also a member of the Alpha Phi Alpha Fraternity.

In 1992, at the age of 23, Dr. Crowder began the vocation of full time ministry. Dr. Crowder was licensed by the Christian Church (Disciples of Christ) in 1994 and ordained in 1995. He served as Student Minister of First United Christian Church in Xenia, OH from 1992-94, and as Youth Pastor of Mississippi Blvd. Christian Church (Memphis, TN) in 1995. In September of the same year, he began serving New Covenant Christian Church (Nashville, TN). Over the next fourteen years under his leadership, New Covenant started outreach, young adult, tutorial and liturgical dance ministries. In addition, the congregation received a $3.4 million HUD grant to build a 52-unit housing complex for the elderly.

Dr. Crowder is married to the former Dr. Stephanie Buckhanon. She is a New Testament Scholar and the prolific writer of numerous books and articles. Dr. Stephanie Buckhanon Crowder, is an ordained Baptist and Disciples of Christ minister. The Crowder's are the very proud parents of two sons, William Rowland Jackson Crowder and Sollomon Rowland Buckhanon Crowder. As philanthropists, in 2002, Dr. Crowder and his wife, Dr. Stephanie Crowder, founded the nonprofit, Move The Crowd Ministries. This ministry seeks to “move people” to the level next in their spiritual growth, to “move people” physically and promote health and well-being and to “move people” to a foundation of fiscal stability.

Dr. Crowder, recently contributed to a writing project through Westminster John Knox Press and Feasting on the Word Commentary Series which will be released in 2014. Dr. Crowder is a recipient of numerous awards and honors. In January 2007, Dr. Crowder was appointed to Institutional Review Board of Vanderbilt University Hospital. The board oversees all of the hospital’s medical research. Dr. Crowder also served at Meharry Medical College in Nashville, TN as the Director of Spiritual Care while coordinating, through the State of Tennessee, the HIV/AIDS Insurance Assistance Program.

Throughout his life and ministry, Dr. Crowder has demonstrated a caliber of leadership well beyond his years. Recognized as a man from humble beginnings, he is a preacher, humanitarian, community volunteer and pastor. Dr. William E. Crowder, Jr. is an anointed man of God and is rapidly becoming a national voice calling for leadership that empowers and enhances quality of life for all people.